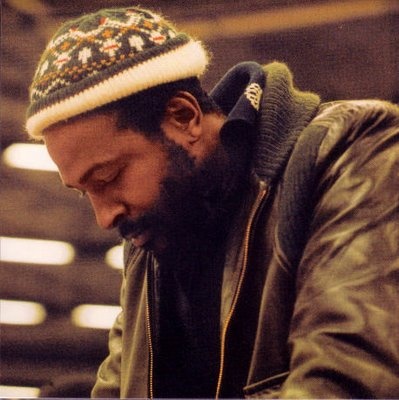 Was teased throughout his childhood for his last name and added the ‘e’ partially to dismiss rumors of him being « gay ». Other reasons for the name change, of course, was to distance himself from his father and to admire Sam Cooke for doing the same thing (adding an ‘e’ to his last name).

Marvin was an admirer of the teachings of Malcolm X and shocked Motown staff by carrying Malcolm’s autobiography to interviews.

Marvin won a humanitarian award from the United Nations for his work with children in 1976.

In 1975, Marvin shaved his head bald in protest to the treatment of imprisoned boxer « Hurricane » Rubin Carter

Was a big fan of Bob Marley and dedicated « Third World Girl » to him on his 1982 album, Midnight Love.

Marvin was a close friend of the Jackson family, often coming over to their Hayvenhurst home in Encino to play ball against most of the brothers. Michael himself said that he used to be allowed to visit Marvin during the recording sessions of Let’s Get It On and I Want You. Michael listed Marvin as one of his many influences.